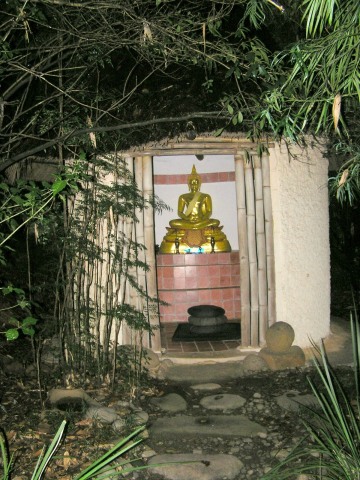 Retreat. According to the Concise Oxford Dictionary the primary meaning of the word is a military one: “go back, retire, relinquish a position (esp. of army etc.)”. There are other meanings, all referring to some kind of withdrawal, even if it’s only a receding hairline. One definition is applicable to what happens here at the Buddhist Retreat Centre near Ixopo:  “withdrawing into privacy or security, (place of) seclusion; temporary retirement for religious exercises or meditation”.

The Buddhist Retreat Centre offers various types of retreat, ranging from those investigating Buddhist thought and philosophy, through to practice retreats where the emphasis is on meditation; as well as retreats featuring bird watching, cookery, drumming, pottery and photography. At first glance the latter might appear to be unrelated to Buddhism but even these retreats will contain some element of meditation, of mindful awareness, refracting the chosen subject matter through a Buddhist lens.

People from all walks of life come to these retreats with a variety of motivations and expectations. Perhaps they want to deepen their meditation practice, to take some time out from a hectic working life; to reflect on a tense domestic situation; to consider the trajectory of their lives; to make a decision about a way forward. Maybe they just want to learn how to take a good photograph. Each person will have a different reason for going on a retreat. Different paths will have led them to this place.

The thirteenth century Zen master Dogen advises: “Take the backward step and turn the light inward.” It’s a good description of the retreat experience, particularly those with a focus on practice, in which a weekend or longer is spent in meditation and reflection. This is not a selfish practice, as Dogen says elsewhere, “To study the Way is to study the self. To study the self is to forget the self. To forget the self is to perceive one self in all beings, to be enlightened by all things. To be enlightened by all things is to remove the barriers between oneself and others.”

The same idea is expressed slightly differently by Lama Anagarika Govinda who once visited the centre and proposed the site for the stupa: “Meditation is the way to re-connect the individual with the whole,” he said, “to make us aware of our continuing connection and communion, which has never really been broken off.”

There is a story about the famous psychiatrist and thinker Carl Jung. A patient called urgently wanting an appointment for the next day. However Jung already had a booking for that time so an appointment was made for a later date. The next day at the preferred appointment time the patient was walking in the park when suddenly he came across Jung sitting on a park bench. The patient became angry. “You told me you had an appointment!” “I do,” said Jung. “With myself.”

We all need to make an appointment with ourselves from time to time. To re-connect with who we are; to maintain balance; to recharge exhausted batteries. To make time to go on a retreat is a necessary and healthy step for anyone.

A few thoughts on retreats

“Take the backward step and turn the light inward”. The BRC provides the space, the container to allow for that backward step, for the light to turn inward. During a retreat everything is designed to allow that process to occur. You don’t have to worry about cooking meals – this is “time out” from such daily activities.

A weekend retreat (some are longer) at the Buddhist Retreat Centre, typically begins with an introductory talk on the Friday evening and ends with a guided loving kindness meditation prior to lunch on Sunday.

A retreat has a dynamic all its own – and this dynamic will be different for each person – but, like a good film or a book, it will probably have a beginning, a middle, and an end. The overall experience can well be cathartic. To leave before a retreat is over is like walking out of a film before knowing how it ends or putting down a book unfinished. Unless you have experienced the whole retreat, from the beginning to the end, you haven’t really retreated.

Making a retreat is a commitment to your self but also to the other people who have come. There is a collective, supportive energy generated during a retreat, especially in a meditation practice retreat held in Noble Silence, so the sudden absence of participants during a session or on the Sunday morning – because they have already left for home - can be something of a shock to other participants. The collective energy, the collective support, is diminished.

Many expect that a retreat will automatically be a blissful experience. For some it may be but, as with anything in life, there are no guarantees. If you are not comfortable with yourself in daily life you won’t suddenly find yourself in some magically transcendent state simply by coming to the Buddhist Retreat Centre for a weekend.

As Jon Kabat-Zinn points out: “Wherever you go, there you are”. Sitting on a meditation cushion, breathing in and out, there is no escape from who you are. That’s not always a comfortable place to be. Like it or not, you are forced to confront the reality of your own circumstances.

So choose the retreat you wish to attend with care, with a sense of where you are right now, what you are looking for and what you need. 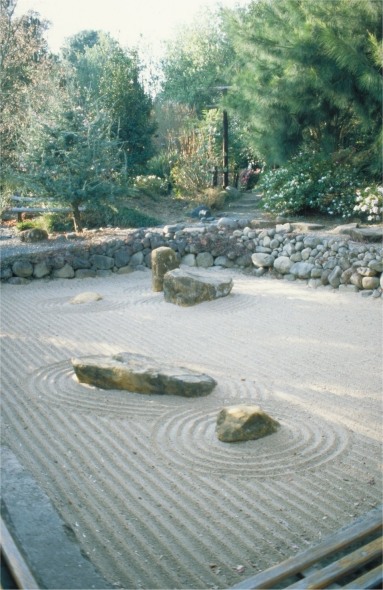 The word “noble” is used in Buddhism to indicate something that is worthy of consideration, of respect, as, for example, the Four Noble Truths.

On a retreat Noble Silence is observed by refraining from conversation. This is a way of creating psychological space, to better enable us to “turn the light inward”. While remaining respectful and considerate of other people on the retreat one does not socialize. Such practice allows us to experience our inner self more fully; to drop the masks and the various other defences we often employ in our day-to-day interactions with others.

Noble Silence also gives us the chance to better experience the world around us: the sounds of birds and insects, a lorry passing on the road, the creak of trees in the wind. Raindrops.

Used skillfully Noble Silence enables us to “to remove the barriers between oneself and others”.

Periods of Noble Silence differ for various types of retreats, but it is observed at all times in the lodges and from the last evening meditation until 9 am the following morning.  It therefore includes breakfast.

Visitors who are on an individual silent retreat may request to sit at a “silent table” in the dining room.  In such cases, BRC staff will ask other visitors to respect, as much as is reasonable, the privacy and silence of such silent retreatants.

Some thoughts on silence

“The experience of most people who voluntarily take themselves off into silence is that it takes a while to settle into it. Of course, it does not grow more silent as time passes, but you do become more attuned to the silence. Unlike sound, which crashes about your ears, silence is subtle. The more and the longer you are silent the more you hear the tiny noises within the silence, so that silence itself is always slipping away like a timid wild animal. You have to be very still and lure it. This is hard; one has only to try to quieten one’s mind or body to discover how turbulent they are.”  - Sara Maitland, A Book of Silence

“Few things under heaven are as instructive as the lessons of Silence, /Or as beneficial as the fruits of Non-Ado” – Lao-Tzu, Tao Te Ching